The Virus Cost Performers Their Work, Then Their Health Coverage 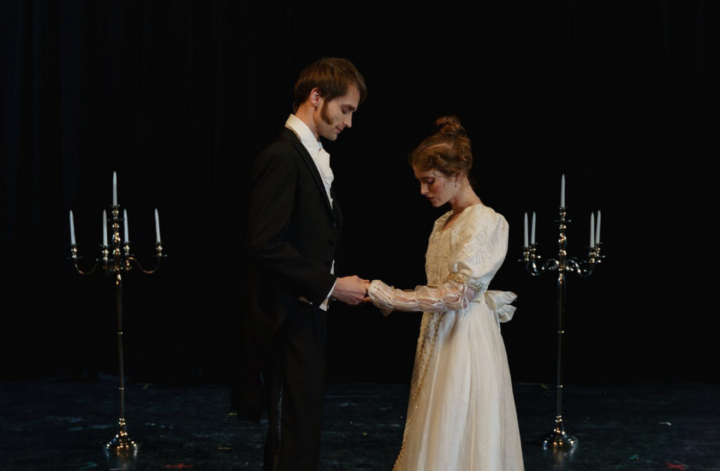 Ellyn Marie Marsh was getting ready to appear in a new off-Broadway musical last year when the pandemic struck, theaters were shut and her work evaporated.

Those months of lost wages carried another cost that only became clear much later: She did not get enough work to qualify to keep the health insurance she had been getting as a member of Actors’ Equity.

She is far from alone. Haley Bennett was working as an associate music director on “Diana,” a musical that was in previews, when Broadway shut down. She became one of the hundreds of musicians in the New York area who are losing the insurance they received as members of Local 802 of the American Federation of Musicians.

And in Los Angeles, Brad Schmidt, a television and film actor who was hospitalized with Covid-19 early in the pandemic, did not get enough work after he recovered to keep the insurance he had been getting through his union, SAG-AFTRA. He said that while he still does not feel fully himself, he has been skipping follow-up doctor visits because under his new insurance plan, he simply cannot afford them.

“My lungs were shutting down,” he said. “Clearly I should go in and see how my lungs are now. And I will, hopefully, God willing, at some point. I just can’t do it right now.”

Across the nation thousands of actors, musicians, dancers and other entertainment industry workers are losing their health insurance or being saddled with higher costs in the midst of a global health crisis. Some were simply unable to work enough hours last year to qualify for coverage. But others were in plans that made it harder to qualify for coverage as they struggled to remain solvent as the collapse of the entertainment industry led to a steep drop in the employer contributions they rely on.

The insurance woes compounded a year when performers faced record unemployment. Several provisions in the $1.9 trillion American Rescue Plan, which is making its way through Congress, offer the promise of relief. One would make it a lot cheaper for people to take advantage of the federal government program known as COBRA, which allows people to continue to buy the health coverage they have lost, and another would lower the cost of buying coverage on government exchanges.

Many of the more than two dozen performers interviewed by The New York Times said that they felt abandoned for much of the year — both by their unions and by what many described as America’s broken health care system. Some are angry.

“You never think it’s going to be you,” said Robbie Fairchild, a former dancer at New York City Ballet who was nominated for a Tony Award in 2015 for his star turn in “An American in Paris” on Broadway and later appeared in the film adaptation of “Cats.”

“To be dropped like this for my health insurance,” said Mr. Fairchild, who started a flower company during the pandemic as a creative outlet and to try to stay financially afloat, “just feels like such a slap in the face.”

As unemployment soared last year, millions of Americans lost their job-based health coverage. Unlike other workers who simply sign up for a health plan when they start a new job, the people who power film, television and theater often work on multiple shows for many different employers, cobbling together enough hours, days and earnings until they reach the threshold that qualifies them for health insurance. Even as work grew scarce last year, several plans raised that threshold.

“I’m 42 years old and I just feel like I should be able to take care of myself,” said Matt Wilkas, an actor who has starred on Broadway but fell short of the earnings he needed for health coverage in 2021. “I just want to be an adult. And instead I feel that devastating feeling you have when you’re not where you want to be in life.”

The Equity-League Health Fund, which is run by trustees appointed by both representatives of the Actors’ Equity union and producers, cited the financial strain caused by the shutdown of the theater industry when it raised the number of weeks of work needed to qualify for coverage.

Many lost it: While 6,555 actors and stage managers were enrolled in the plan at the end of 2019, officials said that fewer than 4,000 were still covered at the end of last month, and that the number is expected to drop further.

Tyler Hardwick, an actor who was on the national tour of “Once on This Island” when the pandemic shut down the show last March, was told he would lose his insurance in July. Acting is already one of the “hardest industries in the world to be successful and consistent at,” he noted. Increasing the number of weeks actors must work to qualify for insurance in this climate, he said, is “insane.”

“I know how the medical system treated me when I had pretty good health insurance,” Mr. Hardwick said, recalling the expenses he incurred after a rollerblading accident when he had coverage. “How am I going to be treated with a health insurance that I’ve never had before, that I don’t know how it works?”

Others will be able to keep their coverage, but will have to pay more. James Brown III, who appeared in “Harry Potter and the Cursed Child,” said that his quarterly premium spiked to $300 from $100.

“When you’re only really making unemployment, $300 quarterly is kind of a big deal,” Mr. Brown said.

Musicians are struggling, too. Officials at Local 802 of the American Federation of Musicians, the New York local that is the largest in the nation, estimate that when changes to its plan take effect this month, roughly one in three musicians will have lost coverage: It will have shed more than 570 of the roughly 1,500 people who had been enrolled a year earlier.

“Nothing has kept me up at night more and weighed on me more heavily than the health care question,” said Adam Krauthamer, the president of Local 802 and a trustee co-chair of the union’s health fund.

Perhaps the most public, acrimonious battle over coverage has broken out at the Screen Actors Guild-American Federation of Television and Radio Health Plan, which insures 33,000 actors, singers, journalists and other media professionals. That plan raised the floor for eligibility to those earning $25,950 a year, from $18,040, effective Jan. 1, and also raised premiums in response to deficits projected to be $141 million last year and $83 million this year.

Officials at the plan have estimated that changes they are making will remove 10 percent of its participants from coverage. But a class-action lawsuit filed by Ed Asner, a former president of the screen actors union, and other mostly older actors and union members charges that at least 8,000 retirees will also lose some of their coverage. (Many companies have dropped retiree health coverage in recent decades.)

The plan’s new rules effectively strip many older members of what is often their secondary insurance. An online advocacy campaign features Mark Hamill, Whoopi Goldberg, Morgan Freeman and other stars who say they feel betrayed by the union.

“So many people, along with me, feel robbed of our health care benefits,” Dyan Cannon, 84, said in a statement provided by lawyers for the plaintiffs in the class-action.

Michael Estrada, the chief executive of the SAG-AFTRA Health Plan, emphasized in an interview that the older members are insured by Medicare. And although some were required to switch to secondary insurance run by other providers, he said that they were not left without health care. In interviews facilitated by the health plan, three people whose plans were affected said that they were pleased with their new coverage.

Still, Mr. Estrada acknowledged that “this is a huge change” for some people who have been covered by SAG-AFTRA health plans for decades.

Insurance plan officials say they were left with no choice but to make painful changes to ensure their funds survive. Health care costs have been rising at rates that have outpaced the contributions that union members and their employers pay into their plans. When the pandemic essentially ended live performance, employer contributions to many health funds slowed or stopped entirely.

“There is no money to squeeze out of the stone, and that’s the thing that nobody understands,” said Doug Carfrae, an Actors’ Equity representative on the board of trustees of the health plan.

For many, losing coverage is not an option. Some have bought coverage through the Affordable Care Act. The Actors Fund has helped more than 4,000 performing artists navigate their health insurance options. Many have had little choice but to pay more.

When Kristina Klebe, a 41-year-old actor and voice over artist, discovered that she no longer qualified for the new SAG-AFTRA plan, she knew she had to do something: she has a gene mutation that puts her at a higher risk of breast and ovarian cancer and requires periodic preventive checkups. So she is now paying almost double what she had been to continue her care under the COBRA program.

“I don’t even know how to really put this in words,” she said. “It just feels very lonely.”

Bill Jorgensen, a 93-year-old former news anchor and occasional voice-over artist who has been a member of the union for decades, is among the older people who is unhappy with the SAG-AFTRA changes.

Mr. Jorgensen, a diabetic who takes 21 medications a day, said he is paying more for his insurance and for his medications under his new supplemental health insurance plan: a $2,400 deductible; a $47 monthly premium; plus another $370 just for blood thinning medication.

“I can’t do voice overs or anything else at age 93 — I wish to hell I could,” Mr. Jorgensen said. “We’re going to be hurting bad because of this.” 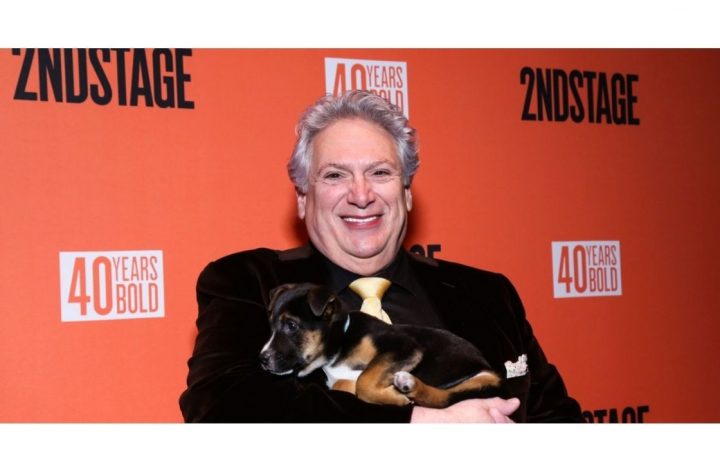 Look Back at the Career Highlights of LGBTQIA+ Trailblazer Harvey Fierstein

Finishing the Hat: Honor Stephen Sondheim With These 15 Brilliant Lyrics 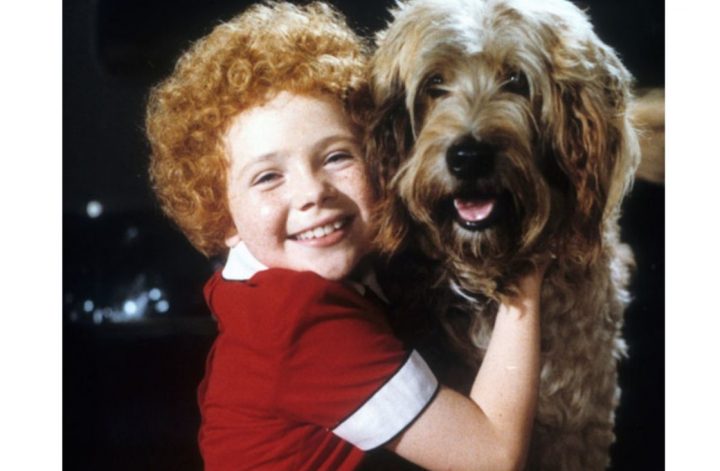 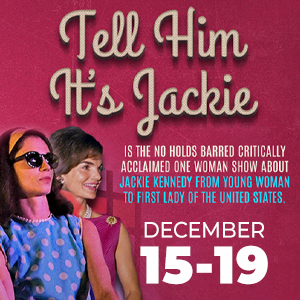 ADVERTISE WITH US! Advertise your theater, shows

Have you seen "Spamilton- An American Parody" yet?

After being dark for over 18 months, Actors’ Rep

It's the season of giving #thanks, so if you can,

Incase you missed it, one of the most important an

NEW REVIEW IS UP NOW! Make sure to check out the r

Wishing everyone a Happy Thanksgiving! We are so g

ITS REVIEW TIME! Check out the review of Jennifer