Chilling Cabaret Is Worth Coming To

Playing at the Pembroke Pines Performing Arts Theater through November 7th, this production of Cabaret doesn’t reinvent the wheel, but rather aptly presents the wheel as it was once famously reinvented. Following the original highly controversial production in 1966, a memorable acclaimed 1980s revival of Cabaret added a few shocking staging conventions that have become the standard for most productions that followed.

Those who have never seen it might know of the show from the jubilant invitation of its title song (life is a cabaret, old chum….) and a few other catchy standards like Maybe This Time. But, if you’re not a fan of the peppy jazz hands school of musical-theatremaking, rest assured: most of these songs only sound cheery out of context. In reality, Cabaret is an almost nihilistically dismal show, set in one seedy German neighborhood as the Berlin jazz age is slowly giving way to the tyranny of World War II.

The ongoing slapstick shuffle between Fraulein Schneider and her prostitute tenant Fraulein Kost (Karen Cohen) as Kost attempts to hide her sailor customers from Schneider also evokes a few laughs. Cohen displays a surprisingly strong singing voice in the songs “It Couldn’t Please Me More” and “Tomorrow Belongs to Me.”

In the latter, she is joined by Rick Prada, who gave one of the more down to earth performances as Nazi sympathizer Ernst Ludwig.The combination of the strong vocals and the song’s shocking implications turns it into one of the stronger musical numbers throughout.

Several of the other numbers gave off more of an impression of awkwardness, maybe because of strange or overly static staging, or perhaps because the cast didn’t quite have the charisma to pull them off, or maybe some mixture of the two. Though the show stayed solid throughout, it’s only in these most intense and politically charged moments that it rose to feel truly thrilling, with much of the rest of the show coming across more like actors who were “playing” than being. A  feeling of incohesiveness reverberated amongst the ensemble as a whole.

Also, because I saw a matinee performance, I noticed that light from outside seemed to be coming into the audience area from some opening above, which made it somewhat more difficult to get absorbed in what was happening onstage than if I’d been watching it from full-dark. 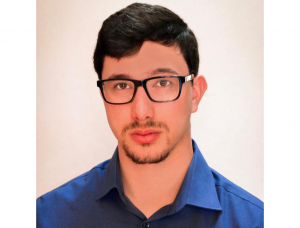 Jesse Veliz is the Music Director for Cabaret

What the show brings to light, though, is something that’s actually quite meaningful. How easily a delusional demagogue can take power and amass a frighteningly loyal following is something that you may be in the mood to forget now that the most acute dangers represented by Trumpism seem to have passed. But, given both the horrors of the past and the horrors that have so recently nearly come to pass, it’s something that we, as a culture, cannot dare lose sight of.

Note: Spoilers for Cabaret from here on out!

Notably, Cabaret highlights how damaging Nazi-ism was, not only to Jews and other targeted groups themselves, but even to those who cared about them. For instance, Fraulein Schneider and Herr Schultz’s courtship is adorably seeded when the two duet over a pineapple, but she suffers as well as he when the two’s fruitful love story is eventually subverted by the impending political crisis. Even the demise of Sally and Cliff’s relationship is hastened by the way the looming troubles turn them against each other, though my reaction to the matter was somewhat more muted given that these two never seemed terribly well suited to each other to start with.

Though the blandness of Cliff as a character has been much remarked upon by other Cabaret reviewers through the years, I actually found him more likable than Sally in his straightforward morality, at least compared to her apathy towards hurting others and irreverent self sabotage. But I believe this was a problem of the text rather than with Tortoledo, who stood out as one of the more engaging performers, adding intricate emotional shadings to her flighty character. The same isn’t quite true of Mergele, who sometimes came across as so weak-willed that it was hard to see why the sensual Sally was even attracted to his character.

Other aspects of the plot also point to an examination of the dark side of positivity and passivity when it comes at the expense of reacting appropriately to a high stakes situation at hand. By not learning anything about the smuggler Ernst’s politics before agreeing to do some of his bidding, the otherwise good-hearted Cliff ended up accidentally aiding the cause of Naziism. Had he gone along just a little bit further, he too might have ended up with a swastika on his arm (or his bottom).

As a literary theme or a moral message, illuminating the path from seeming normalcy to something as horrific as the Holocaust will likely never wear out its necessity. Moments like those swastika reveals, a crushing comment at the end of the song “If You Could See Her”, and, of course, the visually devastating finale, are terribly timeless in their chilling implications.

Because I was on the verge of lateness to the next event on my day’s double header, I did what I would never do otherwise and dashed out of my seat immediately after this finale, before I could catch the curtain call. Who knows why the rest of the audience thought I was in such a rush, but one could be forgiven if they imagined me rushing out to re-collect myself after such a striking sight.

So, if you think you can take the heat of history to remind yourself why we cannot repeat history, or if you’d just like to enjoy a somewhat imperfect but earnestly entertaining night at the theatre, it’s worth it to “come hear the music play,” as that infamous title number purports. Maybe life isn’t quite a cabaret, but as this Cabaret has a thing or two to say about life, you would do well to come, old chum. 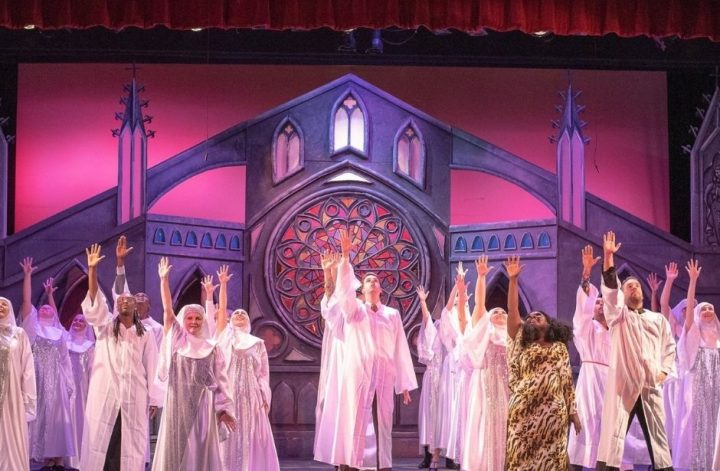 And Now For Some Community Theatre 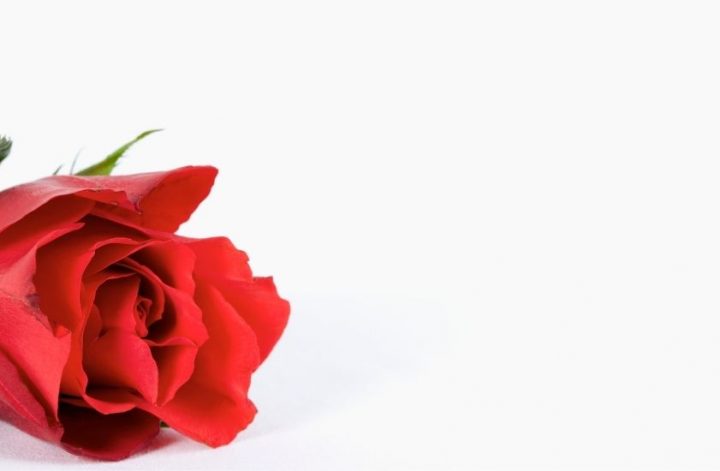 “Beauty and The Beast” At LPAC Is As Enchanting As Ever

ADVERTISE WITH US! Advertise your theater, shows

Have you seen "Spamilton- An American Parody" yet?

After being dark for over 18 months, Actors’ Rep

It's the season of giving #thanks, so if you can,

Incase you missed it, one of the most important an

NEW REVIEW IS UP NOW! Make sure to check out the r

Wishing everyone a Happy Thanksgiving! We are so g

ITS REVIEW TIME! Check out the review of Jennifer