The Veterans and Homefront Voices group has partnered with The Victory Dolls to sponsor multiple events honoring Veterans and their Homefront voices throughout the year. This past Tuesday on the 80th Anniversary of Pearl Harbor, Veterans, The Victory Dolls, and more joined for the event held at the Mizner Park Cultural Center in Boca Raton.

80 years ago, the attack on Pearl Harbor was a surprise military strike by the Imperial Japanese Navy Air Service upon the United States against the naval base at Pearl Harbor in Honolulu, Territory of Hawaii, just before 08:00, on Sunday, December 7, 1941. Japan’s surprise attack on Pearl Harbor would drive the United States out of isolation and into World War II, a conflict that would end with Japan’s surrender after the devastating atomic bombing of Hiroshima and Nagasaki in August 1945.

The Evening started with a cocktail reception followed by: Cadets from the JROTC Battalions from Atlantic Community High School – Army, Boca Raton CHS – Navy, and Olympic Heights CHS – Marines presented, followed by a performance by The Victory Dolls.

Veterans & Homefront Voices mission is to lead the connections and partnering of our aging veterans with their youthful contemporaries –Junior ROTC cadets – to capture, preserve, and share the Veterans legacy with their local South Florida community. While focusing on Veterans, we also aim to honor their Homefront family members for service to our Country. The Veterans and Homefront Voices have a goal of creating strong inter-generational bonds through sharing and honoring collective histories of our local heroes.

The Victory Dolls are a vocal singing group that is reminiscent of the tight harmonies of the Andrews Sisters and features many of the top Carbonell Award-winning actresses in South Florida.

The Victory Dolls are a group of women with enormous musical talents and a unique, nostalgic style who have combined a vintage look and choreography with lively, original musical arrangements. It’s an All-American show when The Victory Dolls hit the stage, complete with a modern day twist on your favorite songs, that dazzles in three-part harmony!

“Ed Manley, WWII veteran, turned 100 on Nov 5, 2021. On Dec 7, Pearl Harbor day, he was a guest of honor at our Pearl Harbor ceremony. Here he is talking with Olympic Heights Marine Corps JROTC cadet; dancing when he was presented his Tribute Banner; and a beautiful smile with Doug Sanders.”

Ed’s Legacy Statement is: “Be True To Yourself – Laugh Often – Think Of Other People.  Maybe that philosophy is how he has lived so long with such vitality.”

Three of The Victory Dolls with Ed Manley.

One vet wrote to The Victory Dolls after their performance, “So well designed & coordinated with photos, music, choreography and live performance. What a delightful, upbeat program directly related to the WWII era. I called it a dynamite performance.”

To learn more about The Victory Dolls and for performance dates, go to: thevictorydolls.com 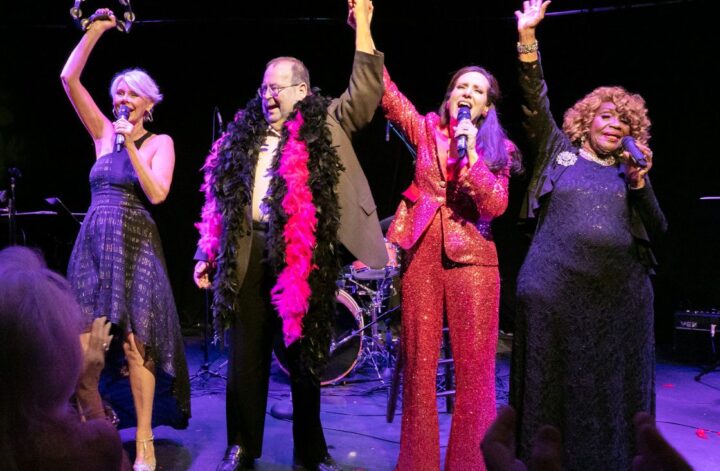 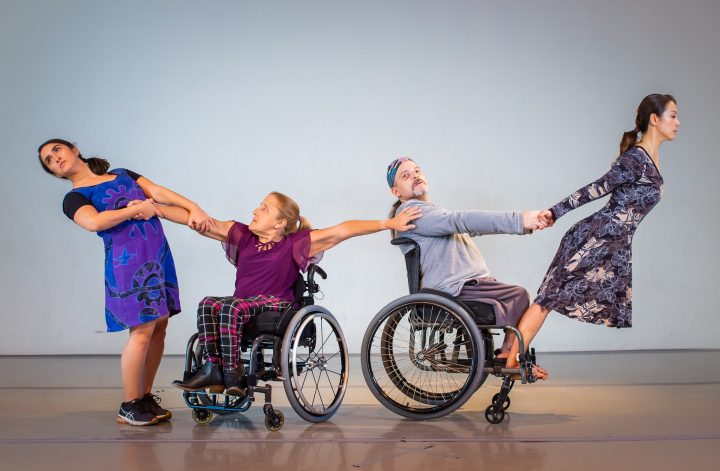