A “West Side Story” Well-Told

The “story” of West Side Story is a timeless one.  In fact, the story is so timeless that Shakespeare told it a good few centuries before Arthur Laurents (book), Leonard Bernstein (music), and Stephen Sondheim (music) did when the show premiered in 1957.

For those who don’t know, West Side Story was based on the Bard’s equally timeless Romeo and Juliet, which, incidentally, is one of the Shakespeare plays that it’s become trendiest to hate, mostly because of the apparent boneheadedness of the teenage leads. West Side Story is also playing at the Lauderhill Performing Arts Center (hosting their first Broadway At The LPAC production) until this December 1st, and I was lucky enough to catch it on its opening night!

West Side Story also reminds me a little of South Pacific in that it’s one of those shows that’s become such an integral part of our theatrical canon that we can often forget how revolutionary it was when it first came out. Now that musicals routinely explore everything from teenage suicide to the AIDS epidemic, it can be hard to remember that topics as dark and political as West Side Story explores were once revolutionary.

Today, parts of West Side Story, set in the 1950s, come off as positively quaint, particularly the censoring of curse words to phonetically similar bastardizations. One might also reflect on how many of the characters’ misunderstandings could have been avoided if only they’d had access to cell phones. Yet the core of the story, which pits love against the formidable forces of racism and gang warfare, is still all too relevant in an era that may be even more saturated with violence than was the era in which it came out.

Perhaps West Side Story’s biggest flaw is the same flaw that afflicts its centuries prior predecessor: the fact that it represents the whirlwind star-crossed courtship between Maria, a young recent Spanish immigrant whose brother Bernardo is a ringleader of a gang called the “Sharks,” and Tony, who is a Caucasian member of their rival group the “Jets,” as “true love.” It certainly stretches believability that any two people could go from “strangers” to “willing to run away with each other” within only a day and that this affection persists even after Bernardo’s demise at Tony’s hands.

Yet once you accept that the two characters are genuinely in love, the rest of the story makes perfect emotional sense. After all, who, when properly infatuated, isn’t as earnestly eager to murmur the name of their beloved as Tony is when he sings “Maria”? Who wouldn’t, under the influence of enough raw passion, forgive their loved one even unfathomable crimes?

Besides a few questionable wig choices for the Jets’ girlfriends, the set and costume design of Lauderhill’s production was pretty on-point. One highlight was the balcony scene, in which the stage was memorably lit by a backdrop of stars, and Ron Hutchins’ choreography also shined throughout the production.

I also found few flaws with the performances. Alexa Lopez, an American Heritage high school senior making her professional debut, brought a nice balance of innocence and sensuality to the part of Maria. Her singing voice, an absolutely stunning soprano, also had me trying not to count down the minutes until her next song. It’s not hard to see how she ended up in callbacks for the part on Broadway (as per the show’s press release), and I’m certain her theatrical future will be an exceedingly bright one.

Jacob Tarconish was also quite good as her counterpart Tony, if maybe not quite so awe-inspiring — I could occasionally hear him struggling vocally over some particularly difficult notes— and the leads’ chemistry was especially apparent in moments like their playful dress shop “wedding” scene. Peter Librach made a big impression with relatively little stage time as Doc, especially during the scene late in Act Two when he is tasked with delivering some unpleasant news to Tony.

This could be nothing more than me being bored by the mechanics of a story that I already knew the plot and beats of, having seen the play before, seen the movie at least once, and heard most of the music more times than I can count, but I do think the hour-and-a-half Act One eventually got a little tedious; without the incredible, soaring songs, many of which are now bonafide classics, I don’t think the dialogue alone would have made this show one for the ages.

Act Two, though, was a lot more engaging and contained most of the show’s highlights: The Jets hilariously hamming it up in “Gee Officer Krupke,” Bernardo’s girlfriend Anita’s heartfelt “A Boy Like That,” the earnest sentiment of “Somewhere,” and the lyrical dance that accompanied it. The production was more of a well-done rendition than a particularly new or striking interpretation, but I doubt any fan of the play would be disappointed by the talent and dedication on display.

West Side Story has a happy ending only in comparison to the ending of the play it’s based on, and I won’t spoil it for the uninitiated besides to say that the final image was a striking one. While I doubt the tentative peace shared by the dueling factions will last, the play’s concluding monologue will certainly be haunting my thoughts for a while. 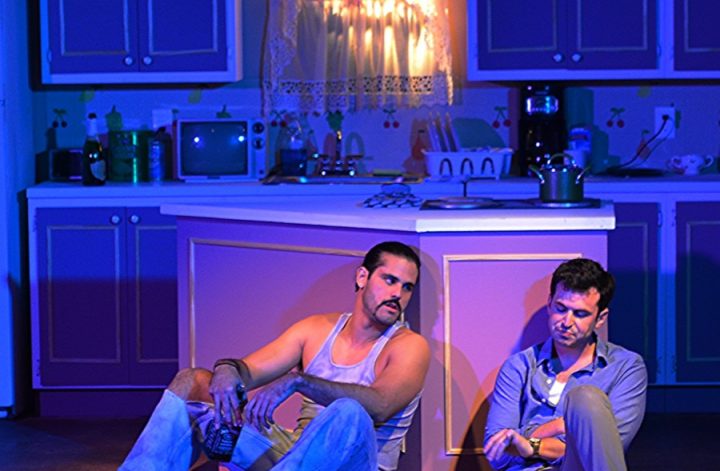 Rage and Remembrance In True West and Wiesenthal

Honoring The Spookiness of the Season At “An Evening With John Wayne Gacy Jr.”

Want to be the first to know about local South Flo

NEW REVIEW! Check out the latest review on the w

Shakespeare Under The Stars! ⭐️ Make sure to

ICYMI!! Make sure to read how Our Funds Foundatio

Happy Holiday weekend! Kick off the start of the F

Shaping the next generation with Sesame Streets Ni

Go Behind The Curtain for the latest news on the P