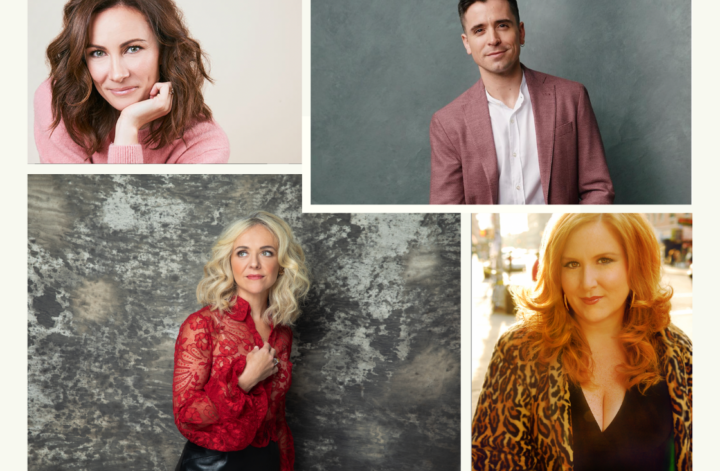 AVENTURA, Fla. (October 3, 2022) – Presented by the City of Aventura, the 2023 Aventura Broadway Concert Series at the Aventura Arts & Cultural Center will feature three Tony Award® winners in its intimate setting and culminate in an evening with a SiriusXM’s On Broadway channel favorite.

The series begins on a high note with Tony, Grammy® and Emmy® Award Winner Rachel Bay Jones as her intimate, soaring voice creates an incredibly dynamic evening on Sunday, January 15 at 7 p.m. Jones is best known for originating the role of “Heidi Hansen” in the original Broadway cast of Dear Evan Hansen and received a Tony, Emmy, Grammy, Lucille Lortel Award and Drama League Nomination for her performance. Additional Broadway appearances include Pippin, Hair and Women on the Verge of a Nervous Breakdown. She can currently be seen in recurring roles on The Good Doctor (ABC) and The United States of Al (CBS). She was recently seen recurring on Panic (Amazon), Marc Cherry’s Why Women Kill (Paramount+), Modern Family (ABC) and God Friended Me (CBS). 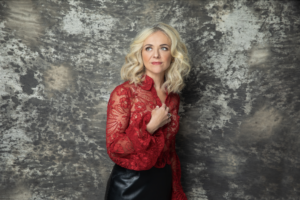 The Series continues with a tour de force evening with Matt Doyle on Sunday, January 29 at 7 p.m. Doyle is the winner of the 2022 Drama Desk Award, Outer Critics Circle Award and the Tony Award for “Best Performance by an Actor in a Featured Role in a Musical” for his performance as “Jamie” in the recent Broadway revival of Stephen Sondheim’s Company. He also appeared on Broadway in The Book of Mormon, War Horse, Spring Awakening and Bye Bye Birdie as well as starring in the world premiere of the Huey Lewis musical The Heart of Rock & Roll at the Old Globe Theater in San Diego.  He has been seen off-Broadway in Sweeney Todd, A Clockwork Orange, Brooklynite and Jasper in Deadland. Film and television credits include The Code, Gossip Girl and Private Romeo. Doyle has performed at Carnegie Hall with the New Pops, in his solo show throughout New York City and with symphonies across the country. In addition to recording the pop opera Bare, he has released Uncontrolled, that is available on iTunes. 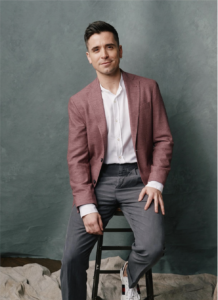 One of Broadway’s most sought-after leading ladies comes to the Aventura Arts & Cultural Center with Tony Award-winner and five-time Tony nominee Laura Benanti on Friday, February 10 at 8 p.m. Since making her Broadway debut at the young age of 18 as “Maria” in The Sound of Music opposite Richard Chamberlain, Benanti has wowed Broadway audiences and won awards including: her revelatory portrayal of “Louise” in Gypsy opposite Patti LuPone (Tony Award, Drama Desk Award, Outer Critics Circle Award); Women On the Verge of a Nervous Breakdown (Tony Award nomination and winner of the Drama Desk and Outer Critics Circle Awards); Swing! (Tony Award nomination); “Amalia Balash” in She Loves Me (nominations for Tony, Drama Desk, Outer Critics Circle and Drama League Awards); as “Cinderella” in Stephen Sondheim’s Into The Woods (nominations for Tony, Drama Desk and Outer Critics Circle Awards). In 2019, Benanti made a triumphant return to Broadway as “Eliza Doolittle” in Lincoln Center’s acclaimed production of My Fair Lady and other Broadway credits include Steve Martin’s hit Broadway play, Meteor Shower, where she costarred alongside Amy Schumer and Keegan Michael Key; Sarah Ruhl’s In The Next Room or The Vibrator Play; The Wedding Singer; and Nine starring Antonio Banderas.

The 2023 Aventura Broadway Concert Series culminates with Julie James on Sunday, February 19 at 7 p.m. James is the program director and celebrity host of Broadway Names with Julie James on SiriusXM’s On Broadway channel where she also gives daily scoop on the Broadway Buzz. In this solo show, James delivers a classic evening of favorite tunes with an unconventional style and surprising twists that reveal the songstress, storyteller and comedienne she truly is. An opera and musical theater professional, Julie utilizes her three-and-a-half octave range to reveal a childhood obsession with jingles, theme songs and Broadway cast albums. She made her Broadway debut as a guest star alongside Kristin Chenoweth in her special engagement concert For the Girls and has a lengthy resume of musical theater, opera and concert performances.

The Series is not sold on subscriptions and tickets for each concert are $52-$62 with $82-$87 VIP tickets that includes a meet & greet with that evening’s artist. Ticketmaster is the only official ticketing service of the Aventura Arts & Cultural Center. Buy tickets online at aventuracenter.org, by phone at 877.311.7469 or 954.462.0222 or in person at the Aventura Arts & Cultural Center box office Tuesday through Saturday from noon to 5 p.m. and 90 minutes prior to each performance. For Group Sales, please call 954.660.6307.

BROADWAY IN FORT LAUDERDALE: HAMILTON AT THE BROWARD CENTER FOR THE PERFORMING ARTS NOVEMBER 22 – DECEMBER 11, 2022 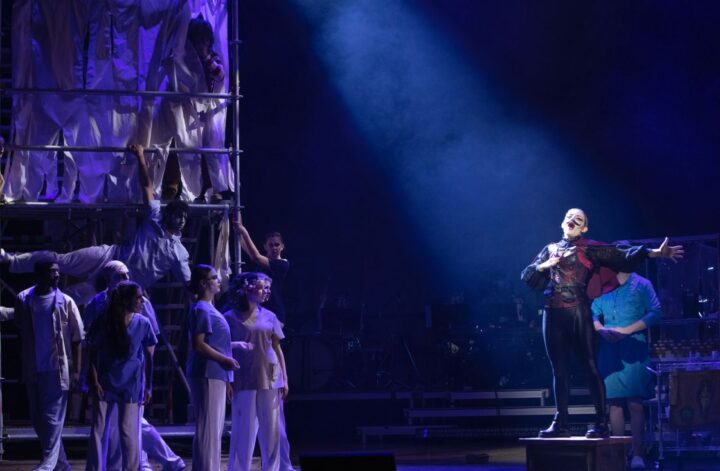