Uncertainty in the Unconventional in Gablestage’s “Heisenberg” 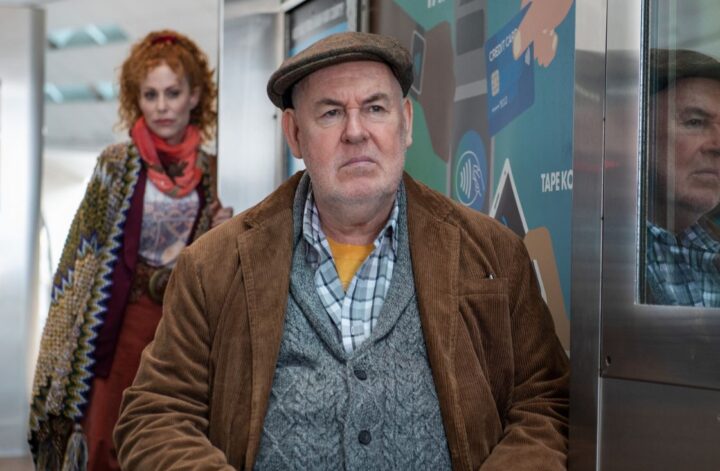 Heisenberg’s uncertainty principle states that it is impossible to measure or calculate exactly, both the position and the momentum of an object. What this basically means, is that we can never know where someone is in their life, where they’re going, and where they want to go.

Simon Stephens took this idea and wrapped it in an unconventional love story. The season opener for GableStage is an intimate two-hander, exploring the start and development of a friendship as it evolves and changes these two characters’ lives.

With direction from Bari Newport and performances by Margery Lowe(Georgie Burns) and Colin McPhillamy(Alex Priest), this play tells the story of two strangers, Georgie and Alex with a 30 year age difference, how they meet, how their friendship grows into more, and how without any intention end up inexplicably needing one another to survive.  Georgie, a 42-year-old woman, exists in a constant state of motion, unsure how to stop as this propels her towards Alex, a 75-year-old man, who has been standing still for far too long, waiting for something to give him a push.

Georgie, as portrayed by Margery, is a foul-mouthed eccentric looking for something to help hold her down as she bounces around the stage from line to line. From their first interaction she was on a bullet train, never letting up and never giving Alex a chance to speak as she just vomited everything that was running through her mind all over the stage. As the play progresses, she continues down the same talkative path but with a stronger sense of self-awareness until she finally appreciates what silence and stillness brings to her world. 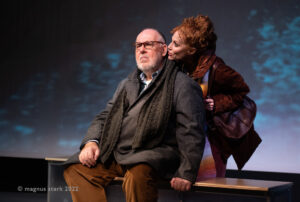 On the complete opposite end of the spectrum, Alex Priest is a man of few words, or so it seems. Only because Georgie doesn’t really give him the chance to say more than a few words in that first scene – but when he does speak it, it is with purpose, only saying what is necessary for the moment. As their relationship strengthens, Alex goes from this stoic like presence and slowly but surely starts opening up and matching Georgie as their conversations no longer remain one sided as they once were. Colin gives us silence to be heard, and the kind of friend we all desperately look for.

With just these two characters guiding the play, a lesser writer would have found it difficult to change location with as much ease, and thanks to the direction of Bari and choreography by Jeni Hacker, the play moved forward in time with each scene and location. Each scene was a study of space and time that was never explicitly stated in an all too obvious way, but directed in a way that we felt. Through choreographed movement the crew made each transition feel seamless, never moving to fast or slow.  The simple set design made up of benches and black and white projections helped us focus on what was truly important, the relationship – while also giving us a recognizable sense of a new place, another time.  Sounds of trains, cars, planes and an elegant mixture of violin and piano give us a much welcomed ambiance that works in beautiful tandem with lighting design by Tony Galaska. 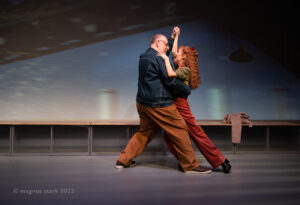 Simon Stephens (who happens to be one of my favorite playwrights) has crafted a piece about the nature of change, and the fear of loneliness in all its shapes and forms. How a single connection, a chance interaction – no matter “coincidental” it might feel, can irreversibly change our lives. We don’t know what that will look like, what direction it will go and maybe that’s okay because, that is life, and life is uncertainty.

If there was any reason to watch this play, let it be that maybe the message can change your life or how you approach the future and the unknown, it did mine. 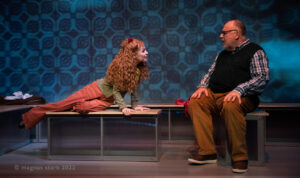 Three weekends left to catch this production at GableStage, with ticket price ranging between $45-$75 (I’ve already spoken about the baffling high ticket prices of South Florida Theatre), but students and teachers can get free seats by showing up an hour before the show starts.

Get your tickets here.

Luis Roberto Herrera is a Colombian-American artist who uses his work to ask the questions of what it means to be alone, who are we within our relationships, and how does our culture effect who we become. Luis Roberto Herrera was a resident playwright in the 2017 GREENHOUSE Residency at SPACE on Ryder Farm, a Fellow at Athena Theatre in 2019, and most recently part of the cohort in the Latinx Playwrights Circle 2022 Mentorship Intensive. Along with being a playwright he is also a screenwriter and director having written 6 short films, one television pilot and directing two of them. Some of his works include several full length plays; Poolside Glow(Inkwell Theatre Playlab 2022), SAA[not that one](A-Tipico Play Festival 2021), At The End Of The Hall: A ghost story(Latinx Playwrights Circle 2022 Mentor Intensive), BLOOD ON THESE HANDS, Born Still, and Grandma’s Armchair. His film writing credits include; No Te Puedes Mover(short), Slow Dance(short), Wren & Lin(short), Sunny(short), Through The Crowd(short), and Thank you, places!(feature). 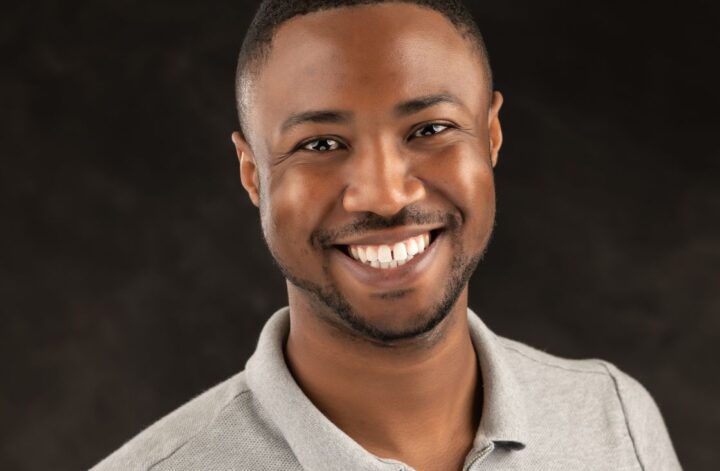 The Off-Broadway, Obie Award Winning, One-Act Play ‘Funnyhouse of a Negro’ is to Close Out Brévo Theatre’s 2022 Season 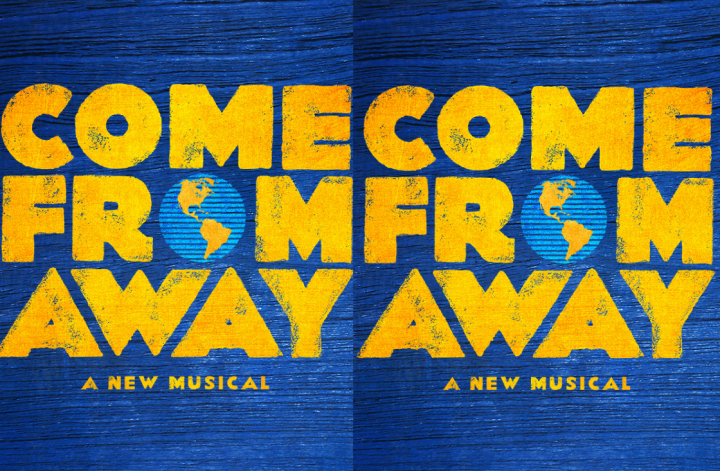 Connection In The Wake Of Tragedy in Come From Away 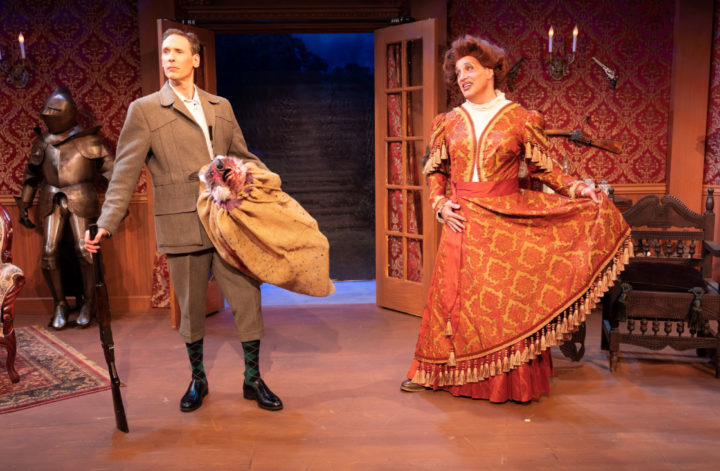 Horror The Campy Way In ‘The Mystery of Irma Vep’